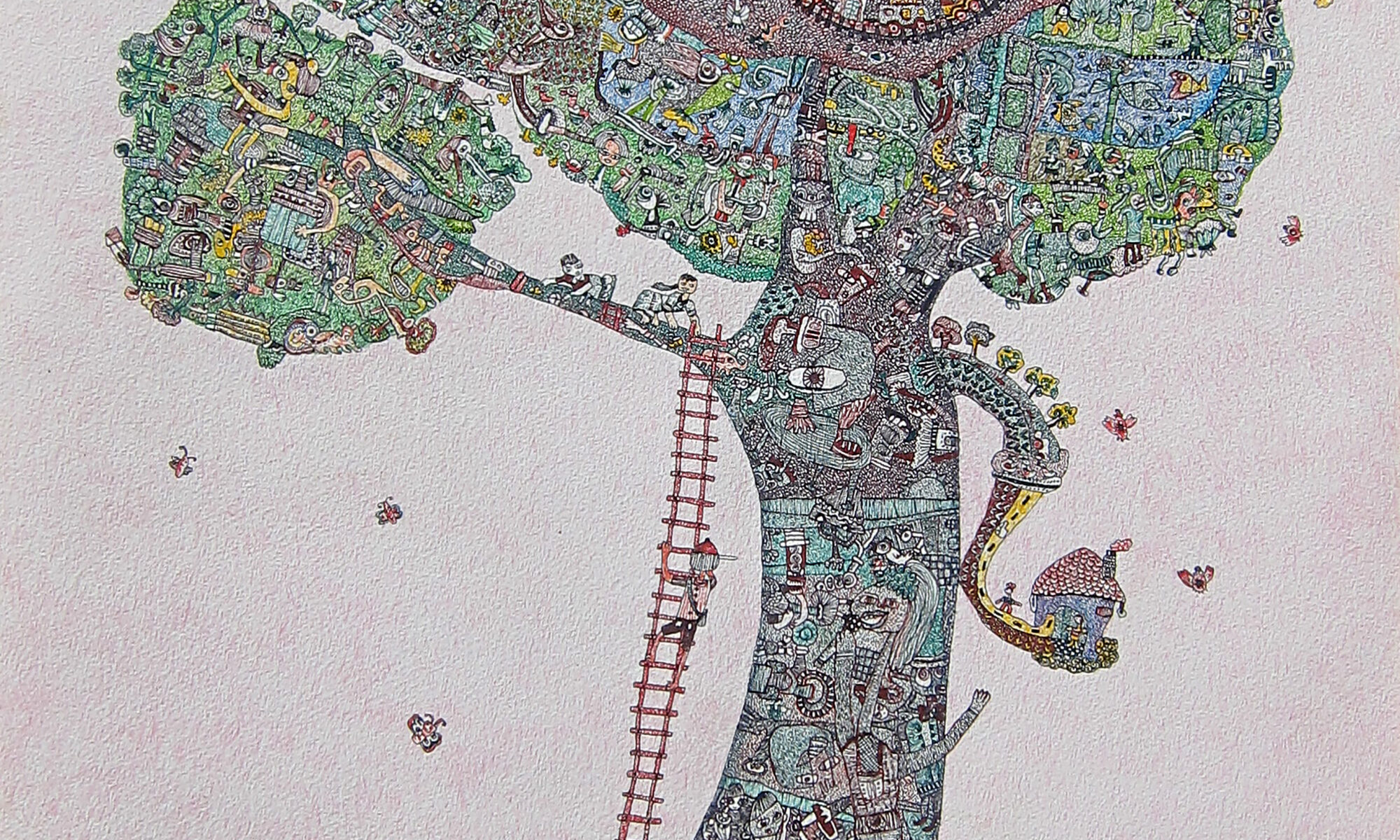 Budiasih was born in Yogyakarta, Java, in 1983. She grew up in Sidikan, a small village in Yogyakarta, which is rich in culture. From 2002 she studied at the Faculty of Fine Arts of the Indonesian Institute of the Arts, Yogyakarta (ISI) with a focus on painting and she graduated in 2009. She says, Yogyakarta is a city that gives meaning to her life. In her artworks, she often mixed a variety of media such as acrylics, ballpoint pen, Chinese ink, and coloured pencils. Inspired by her daily life, Budiasih portrays her imagination through an abundance of colours with complex representations and takes the observer on a mazy journey. She is convinced that every single one of the events happened in her life must be part of something bigger planned by God Almighty. That is what inspires and spurs her in her life, and especially in her art. She has actively participated in group exhibitions and won various national art awards. Her artworks have also been shown in solo exhibitions several times.