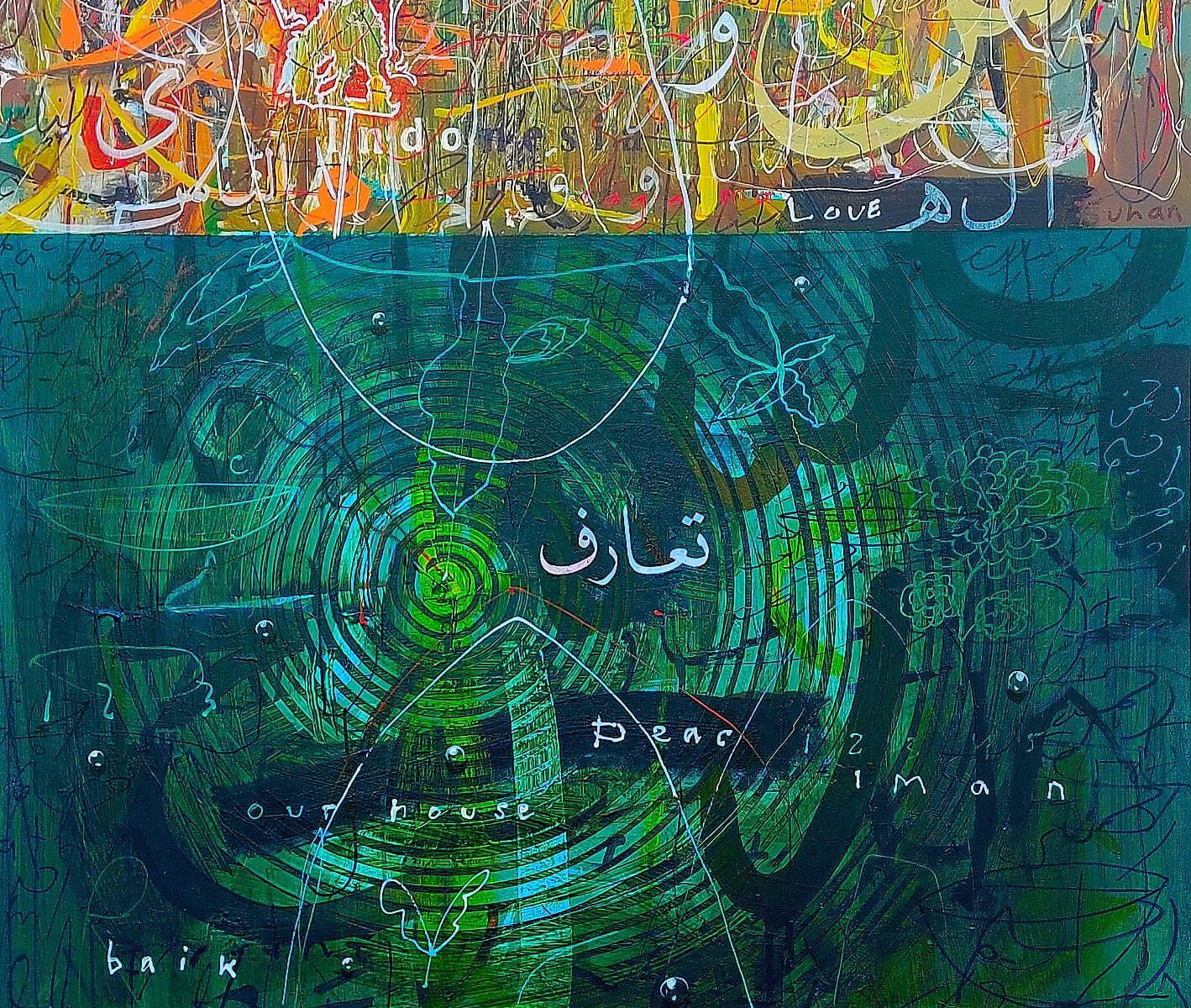 Robert Nasrullah was born on February 13, 1977 in Daha Utara, Kalimantan. He studied at the Faculty of Islamic Education at the Public Islamic University Sunan Kalijaga in Yogyakarta as well as Fine Arts at Sarjanawiyata Tamansiswa University in Yogyakarta. Among his artistic work, he teaches in several Islamic boarding schools and universities. He is an imam in various Mosques and acts as member of the jury for the National Qur’an-Competition (Musabaqah Tilawatil Qur’an). He has participated in both national and international exhibitions in well-known galleries and has received several national awards for his art and calligraphy. Furthermore, he is a visiting lecturer for Islamic calligraphy in various cities in Indonesia.